Once again, I am writing a review about a Viper Tech (#4 for me...). This review will be covering the Viper Tech SR-16E3 MOD1. As many of you know I have written two other reviews of earlier Viper Techs, both of which can be found on these forums and the Viper Tech website. In this review I will be going over every aspect of this replica so be prepared to do some reading.

So let`s get this thing started.

As I said before, this is a Viper Tech SR-16E3 MOD1 modeled after the Knights Armament SR-15/16 series of weapons. I actually own a real SR-15 MOD1, so I was looking to get an airsoft equivalent to practice and play with. Because this is the MOD1 specification, it does come with the URX 3.1 and 16` barrel just like on the real one. The markings on the upper receiver on the Viper are not consistent with the most current production SR-15s like mine, but they are correct to the current generation of SR-16s.

I will be dividing this review up into four sections: receiver, fore-end, internals, and overall fit and finish.

Let`s start off with the receiver. I must admit, this thing is nice. Everything is nicely machined and engraved. Vipers new flat black finish is almost exactly like it is on the real SR-15 and is so much nicer than their old, pearly finish. The only issue I have found is the forge line is still present on the front of the magwell. It hasn`t ever really bothered me, but I feel like by this point it needs to be next on the list of improvements. From looking at my SR-15, it`s clear that not even KAC was able to machine it off without leaving marks on the lip of the magwell. I was also able to find a couple small defects on the right side of the lower receiver. They aren`t that bad, and are hardly noticeable unless you are really looking for them. In fact, I didn`t even realize they were there until I started taking pictures. Overall though, it is definitely a nice receiver, worthy of the high price tag of this weapon. 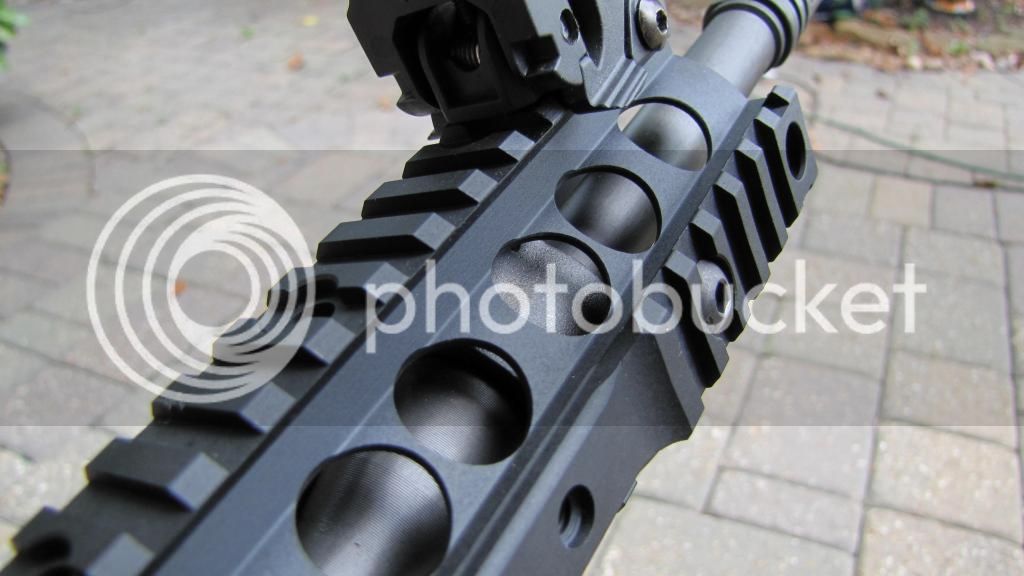 Like usual, this gun comes with a one-piece steel outer barrel, steel flash-hider, steel gas block and gas tube, and of course the URX 3.1. Everything is all very nice and solidly built as we have come to expect from Viper Tech. The URX 3.1 itself feels nearly identical to the real one on my SR-15. The only difference being the Viper Tech one is made from 6061, which is a bit softer than the 7075 a real one is made from. All this does is cause it to make a slightly different noise when touching the rail, the real one being a higher pitch, and Viper`s being lower. The finish is the same as that seen on the receiver, just like on the real one.

The internals are the same design as 2012 models, and everything is just as tight and smooth as before.

I’ll give a quick rundown of everything inside the receiver.

Trigger:
The trigger assembly is full hardened steel. The disconnector specifically is oil quenched steel to ensure an extremely long lifespan.
Firing Block:
The GFPA ’11 provides more reliability and more consistency over a standard WA block. The firing pin is steel and even when the hammer is not cocked it allows you to insert a mag without problem. The bolt catch is steel and the retaining spring is just as stiff as my 2012 was. I will need to remove the steel spacer between the bolt catch and return spring to allow my ProWins to actuate the bolt catch.
Bolt:
The carrier is steel while the nozzle is aluminum. Overall the weight is very high. The nozzle still implements Vipers dual o-ring design to improve sealing and gas efficiency. The bolt is still slightly short stroked to provide better performance and reliability. This particular gun comes with the upgraded hard chrome carrier which reduces friction between the upper receiver and buffer tube for improved cycling.
Charging Handle:
The charging handle is machined from one piece of forged aluminum. New to the SR-16`s and current production Vipers are the steel charging handle latches. THANK YOU!!!
Hop-up:
Same as the 2012 design. The 2012 design employs the use of Vipers special hop up rubber and barrel extension that almost completely eliminates jamming while still providing great accuracy and range.

Overall performance is fantastic as always. Gas efficiency is just as good as my XM177 which can empty nearly 2 ProWin mags on full auto. The recoil is about on par with my XM, but when using the included EB mag this thing cycles so quickly and so crisply it feels like no other GBBR I`ve seen. Basically it kicks nearly as hard as the hardest recoiling GBBR I`ve ever seen (my XM177) and does it faster as well. It shoots like a real gun, :D. 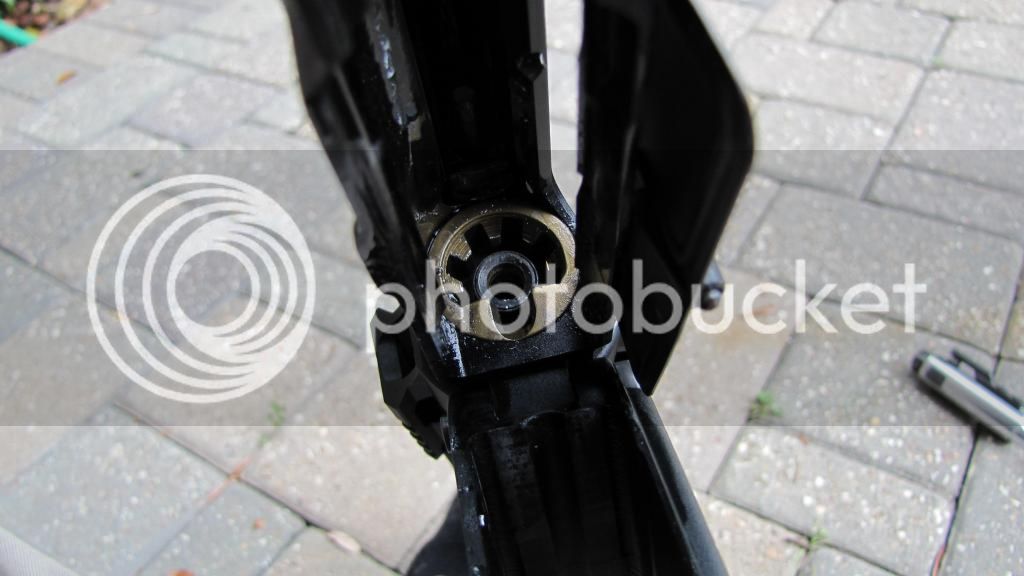 I feel bad about saying this, but as far as receiver wobble goes, the Viper is... better than the KAC. Seriously. On the KAC, there is some wobble between the upper and lower receiver. On this Viper, there is none. Aside from that everything is pretty much spot on compared to the real one. The finish on the Viper is a little rougher compared to the KAC which is a little smoother. The stock wobbles more on the Viper than on the KAC, but the buffer tube on the Viper is nicer. The buffer tube on the KAC is pretty trashy I have to admit. Although I believe those are just bought by KAC and fitted to their guns, but still, they suck. Overall though, the Viper Tech is pretty much spot on to the real version.


Overall, this baby is worth the price. I know it costs more than most airsoft guns, but once again Viper Tech has made something that is up there with the best of the best. This is just another reason why I believe that Viper Tech is the premier airsoft company.

Now here`s some pictures of my real SR-15 if you`d like a comparison. I`ll try and get some side-by-side pictures in the future. 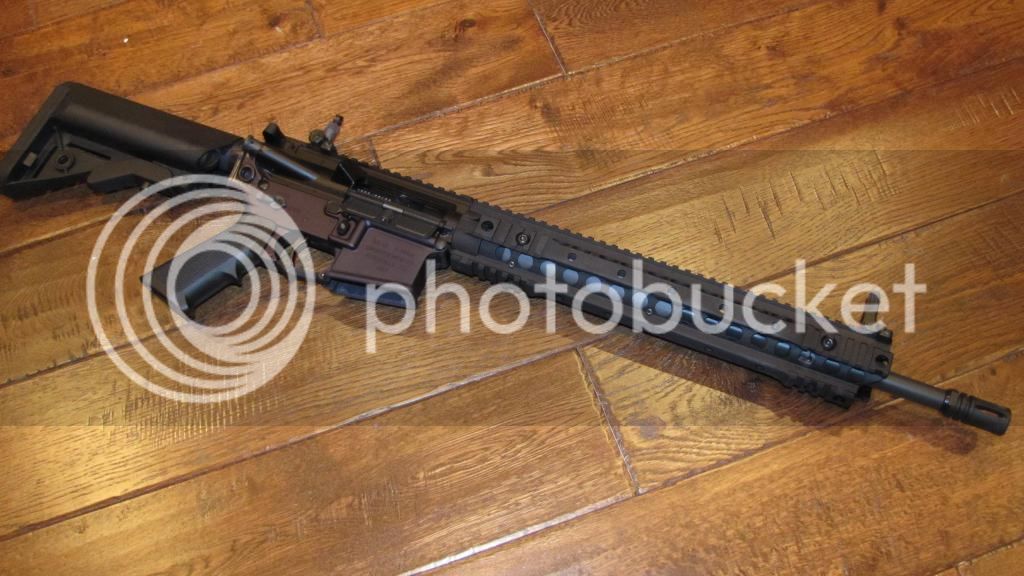 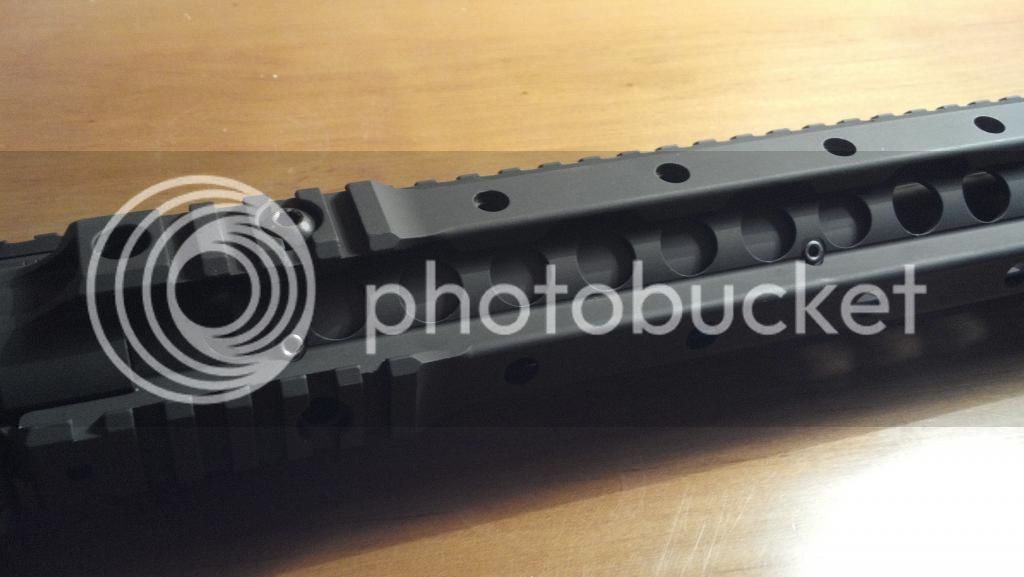